Cold weather construction offers special challenges. Our keynote presenter, professional engineer Rohan Freeman, has met the extreme challenges of the Seven Summits and applies his experience to meeting clients challenges in his engineering, realty and construction companies. This session will inspire you to elevate your expectations for your firm and construction projects. 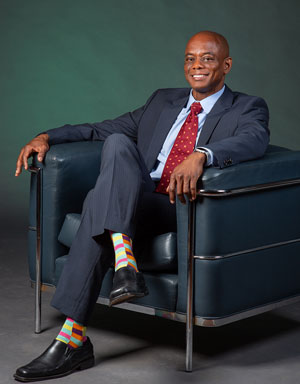 Rohan A. Freeman, PE, LS is Founder and President of multi-disciplinary engineering firm Freeman Companies located in Hartford, and in 2019, celebrating its 10th year in business. Mr. Freeman, an accomplished mountaineer, founded the company shortly after summiting Mount Everest with a promise to clients to “Elevate Your Expectations”. This award-winning, Integrated engineering, design, and environmental services practice has led several significant infrastructure and site development projects throughout Connecticut. The company has thrived since its inception in 2009, allowing Mr. Freeman to also launch 7 Summits Realty in 2014 and 7 Summits Construction in 2016, and enabling the firm to advance its social responsibility goals.

Mr. Freeman is a popular motivational speaker and serves on the boards of multiple community organizations and state and national charities, including Camp Courant, the New Children’s Museum, the Mark Twain House & Museum and the national board of Outward Bound, where he currently serves as Vice Chair. In 2014 he established the University of Connecticut School of Engineering “Freeman Companies BRIDGE Endowed Engineering Scholarship” to support minority students with an interest in civil engineering who have overcome obstacles such as socioeconomic or educational disadvantage. Mr. Freeman is included among a select group of alumni to be inducted into the UCONN School of Engineering’s Academy of Distinguished Engineers, and in 2018, was recognized as the Hartford Business Journal’s “Small Firm CEO of the Year”.

Mr. Freeman, who grew up in Jamaica, is the first African-American to climb the tallest peaks on each of the 7 continents, known as the “Seven Summits”. He has also completed the “Adventurers’ Grand Slam” comprised of the 7 Summits, in addition to treks across both the North and South Poles.